In The Photo Page 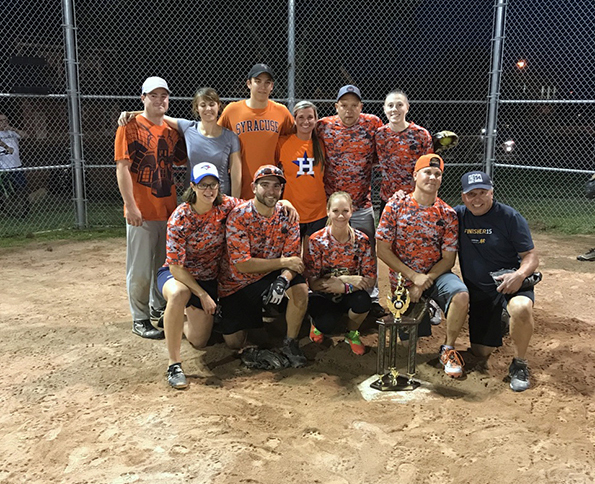 On Wednesday , August 9th, the Lackawanna Coed Playoff Championships were held at Memorial Field. The Final Game between the first place “Apples and Oranges” team and the second place “Lackawanna Grove” team started off close. The teams were tied 1-1 as defenses dominated early. Greg “GAK” Kowalik was “Mr. August” with his stellar outfield catches for The Grove. Jordon Pytlak put the game out of reach , with a monster bases clearing home run late, to seal the Victory for The Grove.